#AVisLIFE: My Daily Duty of Setting the Time On a VCR 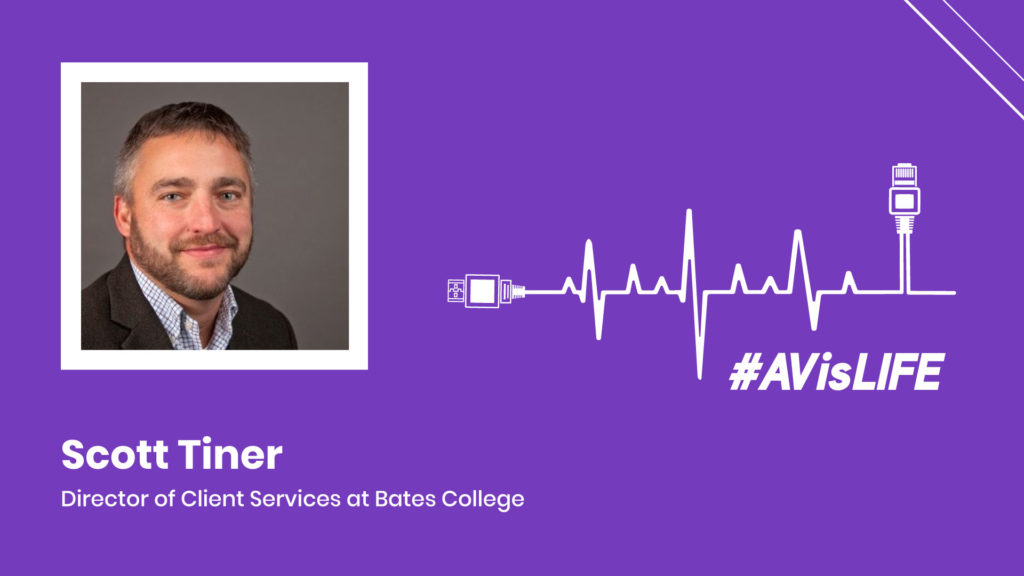 #AVisLIFE: My Daily Duty of Setting the Time On a VCR

rAVe Publications, of THE rAVe Agency, has recently been using the hashtag #AVisLIFE. The first few times I saw it, I thought it was neat, if a bit nerdy. After all, my family still thinks that AV means I set the timers on VCRs and wheel televisions around campus. However, recently I began reflecting on my time in the AV industry and the meaning of the hashtag changed for me.

I started in the AV industry in 2001, was fresh from the IT area and knew absolutely nothing. And I mean nothing. I remember talking to one of the people who worked for me and he was discussing RCA cables and mic cables, and the difference between a mic signal and a line signal. Honestly, I did not know anything he was talking about. That night I buried my head in the books and looked up everything single thing I had heard, but not understood. This pattern continued for several years, until I finally felt like I knew enough to be considered an AV professional. The hashtag has come to be personal for me, but also indicative of how prevalent AV is in our lives.

I see and hear things on a regular basis that make me think of the industry and how it affects everyone. Sitting in church at a recent wedding, I began to hear some ringing. It took everything I could do not to get up and find the mixing board to solve the problem. Of course, as I looked around, it was clear I was the only one paying attention to it. But, there it is in the smallest way, AV playing a part in a timeless moment in someone’s life. Later at that same wedding, there was a video recording of the wedding party who had been sent unexpectedly to military drill. The speech was touching and had the entire place laughing and crying. AV was responsible for both of these emotions. And not just in the hall. Someone had gotten together with this man and recorded the video, again, a nod to AV.

Every time I walk into a store and see a digital menu board, I notice. Even more than just seeing, it strikes me now where we are seeing them. There are tiny little mom and pop country stores in Maine, and even these places are installing digital menu boards. AV is now part of the store owner’s life and obviously plays a role in their business.

Every Friday and Saturday night I sit down and watch Live PD. The amount of AV, and in particular the skill of the technical team, that puts on this show is amazing. Three or four cameras per police car, and multiple mics, all live. There is no feedback, and no echo. Thinking of police, and the body cams they now wear, along with the audio recordings, show us that AV is not just for entertainment. It is keeping us, and the law enforcement community, safe.

I started out this column discussing how I got into the AV industry and how green I was. However, as I reflect on that, it also makes me think about how the AV industry has been a powerful influence in my life. First, the people. In my experience, the people in this industry are friendly, thoughtful and kind people. They want to empower each other, and help each other. Because of my involvement in it, I literally have colleagues from all over the country and several from different parts of the world. I believe that whether for professional or personal reasons I could reach out to these people in a time of need and they would help.

My involvement in the industry has allowed me to travel all over this country, and even to Amsterdam. The experiences I have had while traveling have been excited, enlightening and entertaining. Again, a lot of this relates to the people. No matter what conference I am at, or what state I find myself in, there is always someone I know to reach out to and share a beer after hours.

Now, when someone asks if I program VCRs for a living, I simply smile. Then I look around wherever we are and find the AV (security camera, microphone, TV, speakers, it’s easy to find something), and point it out. I’ll as them, how do you think that works? More often than not the answer is: I don’t know; it just does. I simply smile again and say: That’s what I do. I make sure it just works so you don’t have to know how it works.