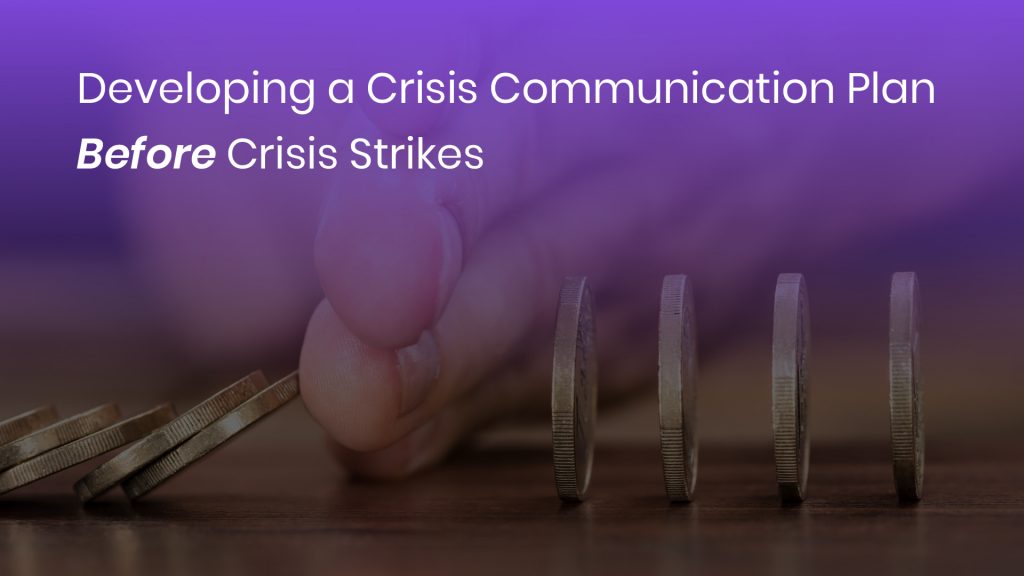 A crisis is anything damaging to your company or reputation. It could even be something out of your control. Crisis communication is a specific practice of public relations that protects and defends the individual or organization facing the crisis.

We’ve seen many companies face crises over the last few decades. United Airlines went viral for a passenger being physically removed from a plane. Johnson and Johnson experienced its worst nightmare when seven people died from Tylenol capsules that had been laced with cyanide. And BP was faced with disaster after an oil spill in the Gulf of Mexico. These are just three examples, but, as a public relations professional, I can tell you that crises happen every day.

The most important part of crisis communication is determining how you are going to communicate with your audience during the crisis. This can be done before a crisis strikes through a communication plan.

You’ll want to anticipate a potential crisis or things that could go wrong. Often, they’ll fall into a general category, such as employee misconduct, natural disasters or product recalls.

With your potential crises outlined, utilize the three Rs of crisis communication to develop your message.

In responding to a crisis, there’s a concept that you have to be fast. For example, United Airlines experienced an uproar when the video surfaced of its passenger being violently removed from the flight. United CEO quickly issued a statement and apologized for “re-accommodating” the passenger, a comment for which he received even more uproar. United Airlines was fast to respond, but it was wrong. Don’t be fast to respond — be right. Gather your thought leaders to create an accurate response. And, if you’re waiting for additional details to emerge, be honest with your audience and tell them you need time to gather all the information.

Transparency always looks better than a cover-up. If you come across as transparent, the media and their audience will feel fulfilled.

What Is Geofence Marketing (aka “Geofencing”)?