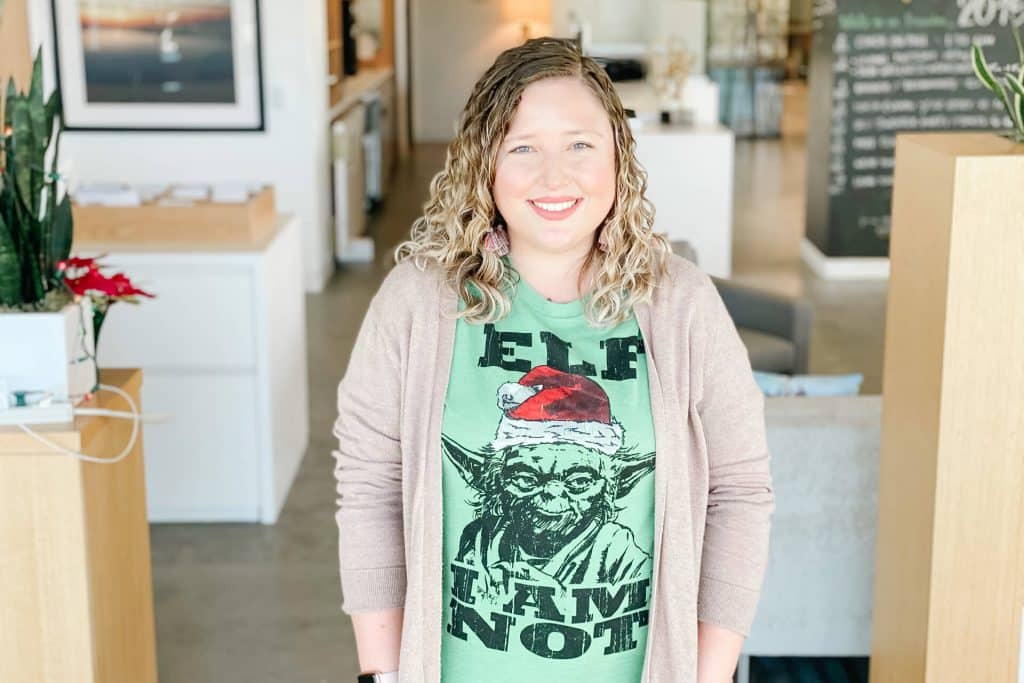 Steph is an Assistant Editor at THE rAVe Agency.

What is one thing on your bucket list? It sounds super cliche, but I’ve always wanted to visit every continent. I hadn’t even been on a plane until I flew to Las Vegas for InfoComm in 2016, and since then, I’ve flown probably 50 times, and I’ve been places ranging from Alaska to Israel. I want to keep that up because I hate the thought of there being so much world that I haven’t seen yet. (I swear I didn’t pull that line from, “Eat Pray Love.”)

What’s your favorite movie? My favorite movie is actually a series. I have a deep love for the Friday the 13th franchise — I own the first eight movies and watch them regularly. However, I refuse to acknowledge the ninth or tenth, and please do not even talk to me about Freddy vs. Jason. I once wrote a blog post and ranked all the movies from worst to best. Technically, they’re all bad, but it’s the ’80s campiness that keeps me coming back.

What is your favorite thing to do in Chapel Hill? Eat. If I could plan a perfect Chapel Hill day, I would eat at my favorite places for breakfast, lunch and dinner (Sunrise Biscuit Kitchen, Merritt’s, Yo-Po, Al’s). And then I’d see a basketball game and end my day with a beer at He’s Not and karaoke at Goodfellows.

If you were stranded on a deserted island and could only have one item, what would it be and why? Interesting that you should ask me that. I’m rewatching Lost right now because I never finished it when it originally aired. And now being stranded on an island (that is also somehow purgatory???) with monsters, government experiments and random unexplained polar bears is one of my irrational fears. Anyways — I’d probably just take a firestarter so that I could cook and boil water because I never learned how to start a fire in Girl Scouts, and it looked hard when Tom Hanks did it in “Cast Away.”

What is your favorite part about working at THE rAVe Agency? My favorite part about working here is having the opportunity to think outside the box. We are a company that values ideas. So any time I think of something wacky or of a different way of doing something, I never feel stupid for bringing it up or asking if it could be a possibility. I also like that I both write and edit because I love both equally. Everyone here has been incredibly encouraging, and that’s been great to experience as a new employee.

Connect with Steph on LinkedIn and check out her daily shenanigans on Twitter.