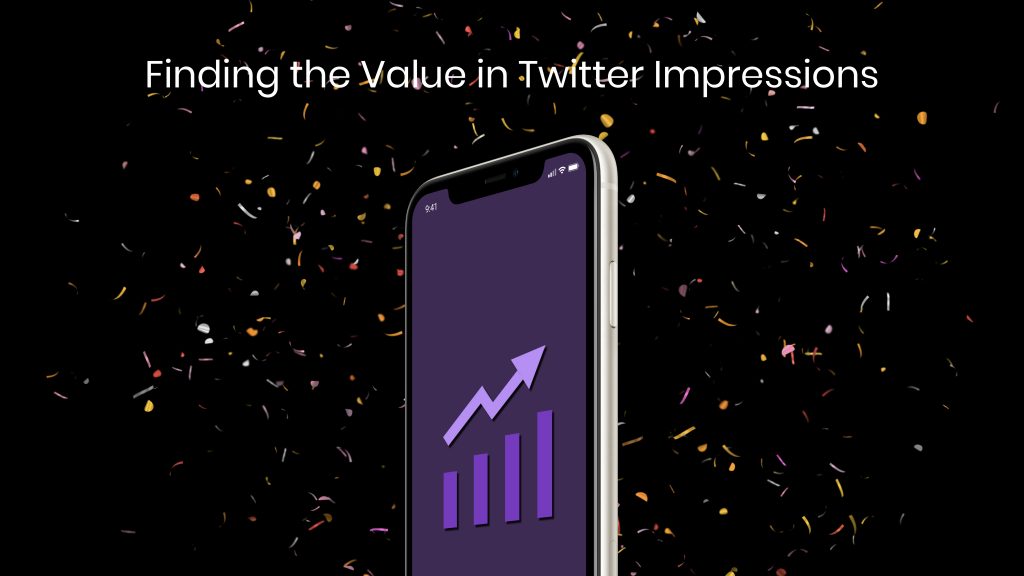 Twitter, unlike other social media platforms, is known for its transparency in providing metrics, for both personal users and corporate ad users. Founded in 2014, Twitter Analytics has continued to roll out massive upgrades to its analytics capabilities.

The Twitter Analytics homepage, accessible on desktop, allows users to track both paid and organic activity — including the number of tweets, profile visits, new followers, impressions and mentions.

With organic Twitter content, the most important metric to consider is impressions. An impression represents how far a tweet has gone. It’s the number of times the tweet has appeared on a timeline (this includes appearances on a follower’s timeline, within Twitter’s search platform, or on followers of followers’ timelines) as the tweet continues to be liked and shared.

You can increase your impressions and engagement through organic content-sharing strategies, such as posting online polls or answering questions in social posts or sharing out a variety of other content. If you’re looking to diversify your Twitter feed, consider using the 80/20 rule. The 80/20 rule means that 80% of your content is not branded. This content can be educational and informative, but the purpose is to avoid promoting your brand. The remaining 20% can be brand-focused, with product- or company-related information.

If you’re tweeting about a trending topic, especially if you’re incorporating a hashtag, you’ll likely notice a jump in your impressions. If an influencer engages in your tweet, you’ll also notice a spike in impressions.

Say you’ve made a massive announcement via Twitter and you notice your tweet has 14,000 impressions. Great! But what is the value of the post based on that figure? According to Twitter, the current CPM (cost per impression) is, on average, $3.50. This means, if you were to launch an ad through Twitter to gain impressions and your goal is to reach 1,000 impressions, you’d be spending $3,500. Your tweet, the one with 14,000 impressions, now has a value of $49,000.

Leave a Reply Cancel Reply
You might also like
One of the following
Finding the Value in Twitter Impressions
Tips to Impress(ions): A Social Blog Series

When You Hire a PR Professional, Here’s What You’re Getting